Nicolas Lecourt Mansion is graduate from L’Atelier Chardon Savard. He launches his eponymous brand at the beginning 2018 and hustles by the force of his aesthetic impregnated by a of a sought and captivating iconography. Its work goes
beyond the gender, expression for him of what must be clothing in this 21st century.
As much attached to drawing than to technique, he masters the process of clothing, from patronage to cut and from assembly to completions. It’s colorful & powerful!
Influenced by the innovating couturiers, Nicolas Lecourt Mansion proposes signed and creative silhouettes. A work which could be felt as raw, but if one look carefully, releases softness, poetry and a special attention to the one who will wear it. 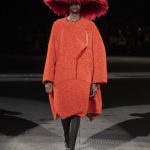 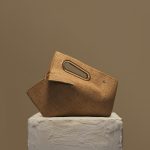