Y/PROJECT is a Parisian brand of which Glenn Martens, a Belgian graduate from the Royal Academy of Antwerp, took over the Creative Direction in 2013. Since his arrival, Martens has combined men’s and women’s pieces to create collections that challenge classification. Martens has revisualized the brand with versatile designs that take inspiration from a variety of subcultures and eras.

After a three-season run at his eponymous label, Glenn Martens was appointed Creative Director of Y/PROJECT in September 2013. With his arrival, he simultaneously launched the label’s first womenswear collection

Originating from Bruges, Belgium, Glenn Martens graduated first in his class from the internationally acclaimed fashion institute – The Royal Academy of Fine Arts, Antwerp. In 2008, during his final year show at the academy, he was recruited to join the team of Jean-Paul Gaultier. In the following years, Martens worked with a range of different brands such as Honest by Bruno Pieters, Yohan Serfaty and Weekday.

Glenn Martens’ aesthetics are strongly influenced by the city in which he was raised. He is establishing a strong and independent signature, defined by opposing the austere aesthetics of Flemish gothic architecture and the beat of street culture. His eclectic designs bridge a technical background with a straight forward look. Culminating in architectural cuts that boast a comfort in fit, the foundation of Glenn Martens resides and relies in transcendent versatility. 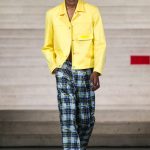 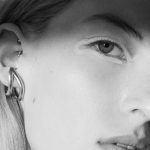