Born in Libreville, Gabon, Laura Do moved to Paris when she was ten years old.

She worked for six years at Parisian interior design agency Attilalou with artist Mathias Kiss where she learned decorative painting and scenography. In 2009, she started her first couture label under the name Laura Do.

After growing up in Aulnay-Sous-Bois, northern suburbs of Paris, Bastien Laurent graduated from Sciences Po Paris in 2010 and started working as creative strategist and art director at Snatch Magazine, BETC and TBWA in Paris. In 2012, he moved to Amsterdam where he learned fashion design with Laura Do while working at creative agency Wieden+Kennedy, Nike’s global brand partner.

Back in Paris, Laura Do and Bastien Laurent introduced Avoc in January 2014. Emerging from Paris and its suburbs, Avoc is creative and functional street wear for a gender-neutral future. It’s also a reflection on global culture, diversity and the new elegance of contemporary youth. 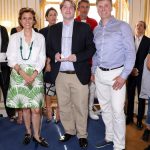 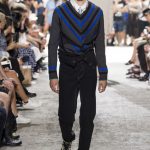