After graduating from the Royal Academy of Antwerp, Glenn Martens took the creative helm of the Paris-based mens and womenswear label Y/PROJECT in 2013. In 2017, he entered the BoF 500 of people shaping the fashion industry and received the ANDAM Grand Prize. His aesthetic is praised by major fashion players like UGG, Diesel or Canada Goose with whom he collaborates on exclusive collections. In 2019, Pitti Uomo in Florence selected Y/PROJECT as Special Menswear guest designer.

At the core of Y/PROJECT, Martens has since established an emphasis on individuality and independence. Fusing the energy of the street with thought-provoking silhouettes, his unique take on interpreting masculinity and femininity blends eccentric references with unisex looks that transcend versatility. 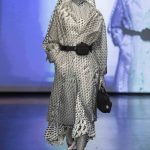 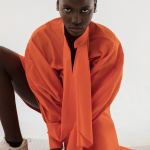