Born and raised in Corrèze, over the last 3 years, Marine Serre has gained ground on an extremely high pace, as a couturier for and from a new generation, operating from Paris.
After a string of affirming internships and jobs at Alexander McQueen, Maison Martin Margiela, Dior, and Balenciaga, Marine presented her graduation collection: A Radical Call for Love. Only six months later, she had attracted a wide interest from the most progressive retailers across the globe, including Dover Street Market, SSENSE, H.Lorenzo. With only a single collection on her sleeve, against all odds, she went on the win the renowned LVMH Prize for Young Fashion Designers in 2017.
She had meanwhile moved to Paris and made it her new home – founding her namesake company with her partner and her sister in the Summer of 2017. Her critical acclaimed designs have meanwhile garnered a cult following, with highlighted collection titles such as Manic Soul Machine, Radiation, Marée Noire, and her last tumultuous showing for Fall/Winter 2020: Mind Melange Motor. Convinced to remain fully independent, Marine Serre received the prestigious ANDAM Award in the Summer of 2020, providing the brand a further acclaim and critical endorsement from its jury of industry heavyweights. 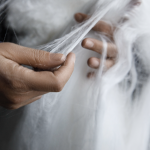 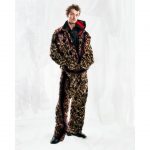