This duo, along with their fellow designer Alexander van Slobbe, contributed to the discovery of the Dutch school of fashion. Still unknown in the early nineties, the rich creativity of the Dutch scene was introduced in Paris through the group fashion shows of Le Cri Néerlandais.
In 1993, the artistic collaboration of Viktor and Rolf won the Hyères Festival International des Arts de la Mode competition with an impressive and original collection.

The following year, an ANDAM fellowship enabled them to further advance their research.
As students at the Arnhem Art Institute, Viktor Horsting and Rolf Snoeren were already working in the direction that they continue to pursue today: experimenting with new structures for garments that reinvent movement and the figure.

At the cutting edge between art and fashion, the two partners organise numerous exhibits and happenings. In 1996, a poster proclaiming » Viktor and Rolf On Strike » replaced the collection, and a virtual perfume in dummy flacons was launched as a parody of Chanel N°5. In fact, the » fragrance » portended a change of direction in the development of their label: in 1998 they shifted their focus to haute couture.

A collection shown at the Galliéra Museum, off the official haute couture calendar, established them once and for all as members of the small circle of truly creative avant-garde designers. After this offbeat homage to the mythical elegance of haute couture, Viktor and Rolf were inscribed on the official calendar of the Paris Chambre Syndicale de la Haute Couture in July 1999.

Viktor & Rolf returned to ready-to-wear in 2000, with ‘Stars and Stripes’ and added a menswear line ‘Monsieur’, in 2003, modelled entirely by Viktor & Rolf in a mirrored performance. The Viktor & Rolf range has since grown to include shoes, accessories and eyewear.

In addition to their own lines, Viktor & Rolf have collaborated with a number of other well known brands including Samsonite (2009) with whom they produced a luggage line, Shu Uemura (2008) for a range of couture false eyelashes, Piper Heidsieck (2007) for the iconic upside down bottle and, in 2006, the line for high street chain H&M which greatly extended their appeal to the general public.

With the desire to expand, in 2008 Viktor & Rolf entered into a partnership with Italian clothing magnate Renzo Rosso of Only the Brave (OTB), allowing the company to develop new product ranges, extend distribution and open further boutiques. 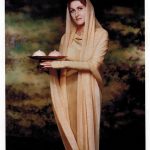 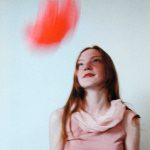