After obtaining a business school degree and a specialization in Luxury Marketing, Emmanuel Tomasini developed a deep and wide experience in the luxury sector, most notably in communication. Having worked in a number of fashion houses (including some of the leading Italian ones), he founded his own accessories brand in January 2015: TOMASINI. He has concentrated his creative energies on luxury women’s handbags, all the time putting forward his very personal vision of chic with a particular obsession for detail.

Born to an Italian father and a French mother, he has been profoundly influenced by the rich navigation between these two cultures. This is clearly seen in his handbags; he has even been quoted as saying that he has French eyes and Italian hands.

In line with this, his handbags are produced in the Abruzzi region of Italy – where the savoir-faire in accessories is uncontestably world-class.

His first collections have been sold at Colette and Montaigne Market in Paris, Barneys in the US, Matches Fashion and Browns in the UK and Lane Crawford in Asia. 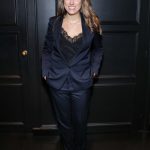 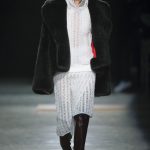