Launched in 1987 by partners Hélène Nepomiatzi and Marc Gourmelen, this label had taken on the full meaning of its surrealistic name. 31 Février had come to be associated with an original style of accessories as well as the return to elegance of small, jewel-like evening handbags. The originality of their work also lies in the choice of materials and techniques which give the designs maximum effect with economical means.

Insulating felt from the construction industry or the fabric used in bedroom slippers is transformed into bags held shut by schoolbag clips, suspended from bicycle chain straps, or decorated with gilded bolts. Scraps from key cutting, sheathed in leather frames, are transformed into moucharabieh-patterned minaudière makeup bags. Half a coconut shell is carried as an exotic purse closed by a knotted madras handkerchief. The best-selling ” Viens Poupoule “, made of swan feathers, resembles a powder puff. Each design fits into a narrative theme: “Retour des Iles” (“Return to the Islands”) in 1992, “Grands Vins d’Origine” (“Great Vintage Wines”) for winter 1992, and “Ombre du Soleil” (“Shadow of the Sun”) for summer 1993.

In 1993 they opened their own shop, decorated in a French boudoir theme, and in 1996 they signed a licensing contract in Japan under the label 3+1 by 31 Février.

In 1998 they worked with Charles Jourdan on a line of shoes. Their ” Brooks ” design of open-toed evening shoes with metal chain fringe around the heels appeared in all the international fashion magazines at a time when the public’s rising interest in sophisticated accessories had made them a mainstay of the urban look.

The label 31 février stopped in 1998.
After being accessories designer for Céline, Nina Ricci and consultant for Balmain, Swarovski, Isabel Marant, Hélène Nepomiatzi launched her own handbags and accessories label in 2007. 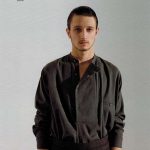 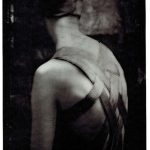